History and Anthropology of Boomerangs 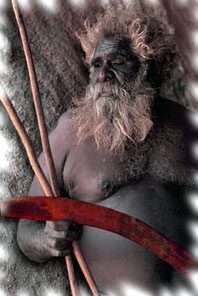 Boomerangs are probably the first heavier-than-air flying machine ever invented by human beings. The oldest Australian Aboriginal boomerangs are ten thousand years old but older hunting sticks have been discovered in Europe, where they seem to have formed part of the stoneage arsenal of weapons.

King Tutankhamun, the famous Pharaoh of ancient Egypt, who died 2,000 years ago, owned a collection of boomerangs of both the straight flying (hunting) and returning variety.

No one knows for sure how the returning boomerang was first invented, but some modern boomerang makers speculate that it developed from the flattened throwing stick, still used by the Australian Aborigines and some other tribal people around the world (eg the Navajo Indians in America). A hunting boomerang is delicately balanced and much harder to make than a returning one. Probably, the curving flight characteristic of returning boomerangs was first noticed by stone age hunters trying to “tune” their hunting sticks to fly straight. At some point, someone must have noticed the recreational possibilities of a stick that comes back when you throw it away and the rest is (pre) history.

For some reason the boomerang (both hunting and returning) was preserved in it’s highest state of development by the Australian Aborigines – so much so that most people associate boomerangs only with Australia. It has been suggested that this may be due to the unique suitability of the hunting stick as weapon against upright standing prey (kangaroos and emus) in relatively open country. This, combined with the curious fact that the Australian Aborigines are amongst the few cultures in the world never to have developed the bow and arrow may have ensured its preservation as a living tradition.